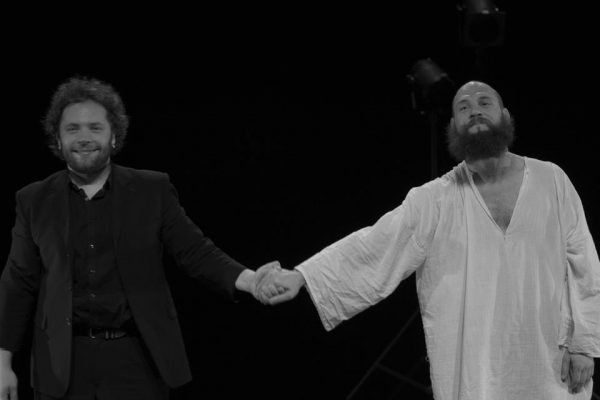 ...this is a press release of press(sure) release, using overhead projector to project head over to open heart... when heart is beating the rhythms of yours, mine and Kabir’s poems.

Charismatic, very exceptional improviser. Already in years of study he has actively participated in Lithuanian contemporary dance world. During 12 creative years Petras has created over 40 roles in contemporary dance, theater, street performances and choreographed 10 performances, also tested himself as a drama director. He received “Silver Crane” award for one film role. In 2013 Lithuanian Ministry of Culture awarded Petras with “Young Artist” Prize for all his creative work.

One of the few people in Europe who has a unique collection of musical instruments from all over the world and is using them to create and perform his own music. While playing music he connects light-playfulness and deep sincerity, spontaneous expression and inclination to a synthesis of different styles. Saulius Petreikis collaborates with different Lithuanian and foreign artists, not only musicians, but also dancers, actors and directors. Saulius Petreikis has created music for 7 performances, released 5 albums of his own music and has participated in recordings of more than 30 albums of other musicians.