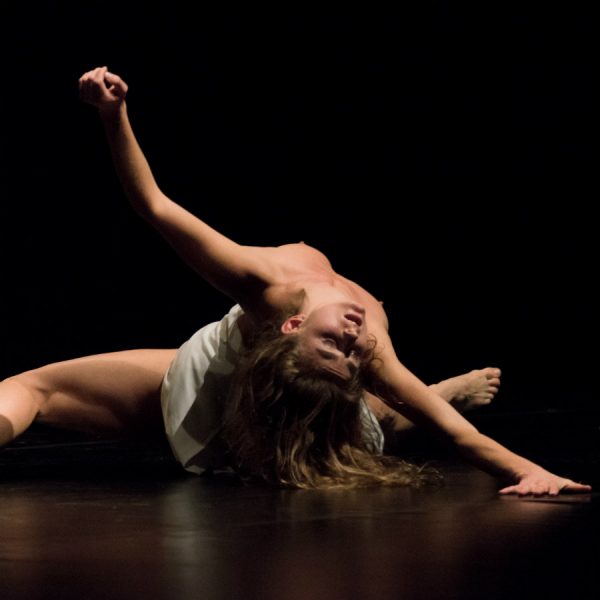 Đẹp was awarded with First Prize at Zawirowania International Choreography Competition (Warsaw, Poland) and was subsequently invited to MASDANZA Festival in the Canary Islands. Dancer Ieva Navickaite was also rewarded by Gdański Festiwal Tańca for her performance in Đẹp.

Đẹp – Vietnamese word for “beautiful” – questions cultures and their relation with death. Infused with Vietnamese funeral chants, the work explores traditional ideas of rebirth. In Vietnam the family and community helps the dead to pass into the other world. Đẹp depicts this emotional journey through stages of grief from initial resistance to final surrender. The purpose is not to bury the deceased, but to send them off on their journey to the immortal world.

Originally from Southern Vietnam, Dam Van Huynh is a UK-based dancer/choreographer. Dam was raised and educated in the United States and graduated from the Boston Conservatory of Music. He has worked with various companies and choreographers including Merce Cunningham, The Nevada Ballet, Portugal’s CeDeCe, Richard Alston and Phoenix Dance Theatre. He was Artist-in-Residence at The Hong Kong Academy for Performing Arts in 2010/12.

His choreographic works have been performed internationally. Dam regularly collaborates with the different composers and musicians. He recently made his directorial debut in opera with Of Leonardo da Vinci by Toop and also directed Industrialising Intimacy by Elaine Mitchener.