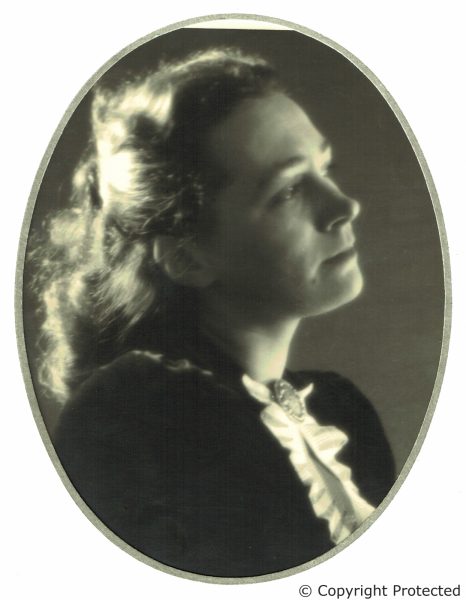 Dancer, choreographer and dance educator, Danute Nasvytyte (1916-1983) was a pioneer of expressive dance in Lithuania.

In 1939, after studying dance in Berlin, she returned to Kaunas that was the temporary capital of Lithuania at that time and opened there a dance school. In 1944 she fled to Germany, and afterwards to Australia.

Her work was continued by one of her followers – Kira Daujotaite. For more than 40 years Kira ran an expressive dance company “Sonata” where Birute Letukaite had been dancing for 12 years.

“The aesthetics of our dance reflected pre-war times, as information from the outside world didn’t reach us back then. Only after the opening of Lithuania’s borders I realized how far dance moved on,” says Birute Letukaite.

By dedicating the 26th International dance festival AURA to Danute Nasvytyte we are celebrating the 100th anniversary of her birth as well as her beautiful and important contribution to the dance history.

In 2008, Birute Letukaite visited Australia where she met Danute’s son, composer and artist Sigi Gabrie (Sigitas Gabrijolavicius) and his wife, artist and exhibition curator Elizabeth Gertsakis. Their dream of bringing Danute Nasvytyte’s spirit back to Kaunas will finally flourish in the festival AURA 26.

The audience will have a chance to watch “The Labyrinth”, inspired by S.Gabrie’s series of paintings, and to visit the exhibition dedicated to Danute Nasvytyte which is organized by Elizabeth Gertsakis. Many thanks to the Lithuanian Theatre, Music and Cinema museum for the permission to reproduce the material about Danute Nasvytyte from the museum's collection.

Any type of reproduction for publication usage requires copyright permission from the Estate of Danute Nasvytys.
Enquiries must be Directed to egertsakis@gmail.com  or to  Copyright Requests, Estate of Danute Navytys 93 Ballantyne St, Melbourne. Australia 3071