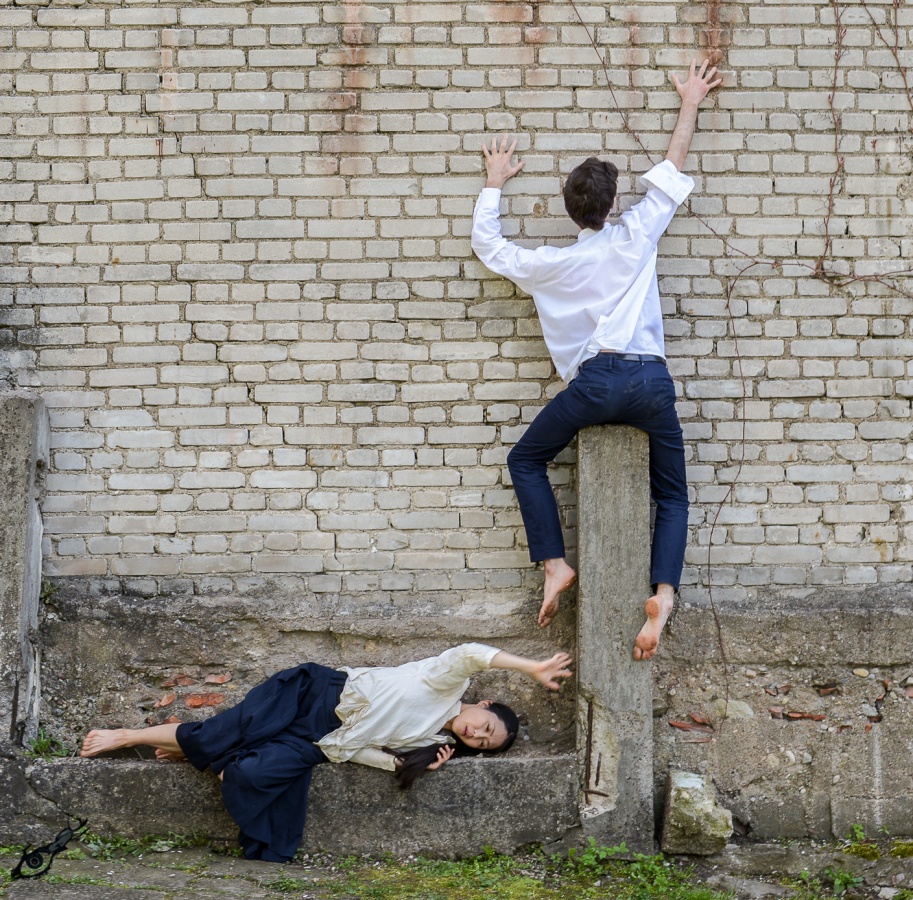 DAWN takes its starting point in the deeds of Chiune Sugihara. He was a Japanese diplomat in Lithuania during the Second World War. Against orders, he issued transit visas to refugees. With an abstract movement language the audience is brought on a journey that touches feelings and events from this period, but that are equally current today.

Chiune found solidarity with humanity, rather than nation or ethnicity. DAWN holds onto the light in the darkness.

DAWN was created in Kaunas in 2016 with the support of AURA Dance Theatre and Sugihara House. The piece has been invited to Norway, Mexico, Greenland, Sweden, UK, Lithuania and Japan.

We are together the skin of ocean.

Ears on Ears, layered and nurtured, a tiny drip of seed of life, one resonant echo

that permeates the labyrinthine trails of our deep waters, weaving and flooding straight into the delta waves of dreamlike shimmer;

Kyrie Oda and Love Hellgren met each other in AURA Dance Theatre where they were dancing in 2014-2016.  At this moment, they are working together under the name PA× based in Gothenburg. 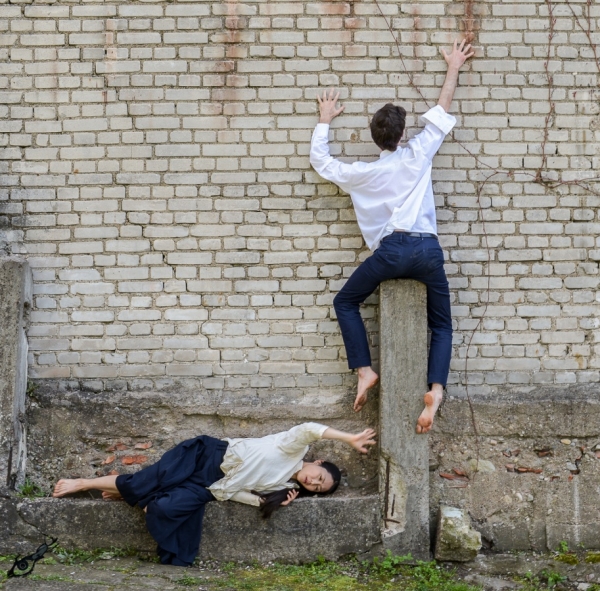 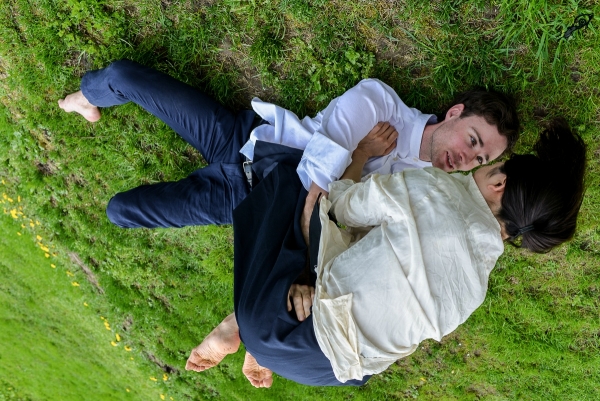