What do you think, how many faces has “Eva” nowadays?

The initial performances were based on classical dance forms of Polish National Ballet. Only in 2007 the “After Hours” project transforms them into a modern dance ensemble turning the emotions to motion.

Since 2009 Zawirowania was involved into many international projects, worked with foreign choreographers and created such co-productions as “Chopin Ambiente” and “Fuera de Campo”(chor. D. Abreu, J. de Torres and D. Merlo, Spain, 2009), “Closeness” and “Y.A.N.A.” (You are not alone; Tomas Nepinsky, Slovakia, 2011). A tight cooperation with Israel resulted with premieres “Navigation Song BD303” (chor. Irad Mazliah, 2013), “Rust&Engage” (chor. Ido Tadmor and Rachel Erdos, 2013), “Out in the line up” (chor. Nadar Rosano, 2014). The performances created in cooperation with foreign artists were always a great success.

Together with Contemporary Scene Foundation, Zawirowania Dance Theatre organizes International Dance Theatre Festival “Zawirowania” which is held in Warsaw since 2004. The festival is focused on international cooperation, which includes repertoire exchange, workshops, artists’ and managers’ meeting. 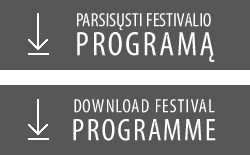